It’s crunch time. Need a costume but done have much cash? Some of these make work for you.

Buy and bring a bunch of mentos

Buy Mylar blankets (cheap and handy in an emergency). Tape one around your body.

Wear one color. Write Pantone on a small piece of white poster board. Tape to bottom of shirt or dress

Still have your old graduation gown? Add that and a lipstick line across your throat.

Wear a fancy dress. Make a ribbon sash with the word APOLOGY or SORRY written on it.

Be a woman. Tape seashells (bagged or not) to the inside of your coat.

Wear semi-formal to cocktail attire. Carry a bunch of roses.

Too much makeup and a product you’re shilling.

Dark blue and/or gray outfit. Cut white poster board into a cloud.

All black and cat ears. Cheap eyeliner or washable marker for whiskers if you’re committed.

Cat ears + a cheap white undershirt with the COPY written on it. Tail optional.

Do Not Care Bear

Wear all one color. Write meh on a circular piece of poster board. Tape to stomach.

Cheap undershirt with the word ‘COOKIE’ written on it. Boxing gloves.

Catcher in the Rye

Got a baseball or softball mitt? Go buy some rye bread.

Tape sponges to a shirt

I hate being a Game if Thrones fan on Twitter. Everyone always seems to find something to complain about. Even Roxane Gay joined in on the echo chamber that is GoT fans whining about what they didn’t like. For the Battle of Winterfell, it was mainly this.

Battles with close proximity to your enemy, smoke from fire, and no electric lights mean it’s going to be hard to see. The characters couldn’t see and barely knew what was going on. The directors wanted you to understand their struggle amidst the chaos and bring an extra layer of realism to the experience. If everything is well lit and there’s no visual chaos, it cheapens the Hound’s PTSD and Sam’s breakdown.

HBO has more money and production quality than multiple broadcast shows combined. They have the talent and resources to do whatever they like and this was what they decided to do. It was deliberate and I understood it in real time. Apparently, I was the only one.

I made the mistake of trying to tell the army of whines why I thought the show runners made this creative choice. It went about as well as you’d expect it to.

Actual response on Twitter: Guess what? I don’t need realism in a show with dragons

Roxane Gay made this point (and added the unnecessarily bitchy guess what) and a lot of people echoed it. To all of them I say, STFU & STFD.

If realism on a show with dragons is so stupid, you’ll be fine if they cut the CGI budget in half, right? Who needs realistic ice zombies and dragons when they’re all fake anyway. Let’s romp through the uncanny valley. There’s no way you crybabies will whine about that since realism on fantasy shows is unnecessary.

Actual response: If it’s supposed to be real, why do they have such nice teeth?

Do you want to stare at rotting teeth and diseased peasants for an hour? How about Tyrion’s nasal cavity? How about literal shit in the streets? How does any of that realism serve the story? Do you empathize with the characters more? Does it build tension or further the narrative? Nope.

The chaos and ambiguity of the battle was deliberate and served a function. You were uncomfortable and disoriented which was the point. Just because you were too dense to see it and too stubborn to try doesn’t make the choice or my argument wrong.

Duh. The History Channel doesn’t get budgets like this and no one mentioned aliens.

(I muted that thread PDQ because it turned into a ‘you’re wrong and stupid’ echo chamber fast.)

That makes you loud, not correct. Just ask the people at Fox ‘News.’

Could it have been a tiny bit brighter? Sure. Like 10% would have helped without losing the intent. Given the style of argument was “I’m right and you’re stupid,” I was disinclined to concede even that much. Strange how being rude and condescending can make someone not give a flying, swimming, or walking fuck what you have to say.

I’m almost looking forward to the show being over because I’m sick of everyone finding something to complain about on Twitter.

You could compliment the attention to detail, the dragon fight in the stars, the throwbacks to season one, or the fantastic acting. The echoes to earlier seasons were so much fun. A remarkable number of characters didn’t die.

Nope. You’ve got to find something to complain about and whine as much as possible if anyone dare disagree.

Audio isn’t the only medium that has creepy content. These are some great places to find creepy videos

Node Haunted Mansion D&D Game
4 guys play a ridiculous game of D&D in a house of horrors. Did I mention all their characters have to lose their virginity before they can leave?

Poe Party
Edgar Allan Poe has a dinner party with other literati of the time and someone mysteriously dies. A bit on the lighter side.

Cinema Sins on horror movies
I love this series in general but watching horror movie take-downs is especially satisfying this time of year.

The truth is often stranger than fiction so see what happens when real life gets creepy.

The Brothers Mysterium
Brothers try to debunk the supernatural.

Lore
Much lauded, this podcast takes a look at the history of folklore and things that heebie our jeebies

Realm of the Weird

Oh No Ross and Carrie

Coast to Coast AM

Anything Ghost
Another true tales pod but this one isn’t told by the folks who experienced it.

Since I won’t be doing special Halloween playlists everyday, I thought I’d give you something a little different. Here are some spooky fictional podcasts to add some chill to your Halloween.

No Sleep
Creepy horror shorts from the reddit sub of the same name.

Limetown
Lia Haddock looks into the disappearance of over 300 people at a neuroscience research facility in Tennessee. Whether we’ll get more than the one season is TBD but it’s still worth listening to

The Black Tapes
A man tries to debunk the paranormal and our podcast host Alex finds something much darker than anticipated.

We’re Alive
A zombie-ish apocalypse happens. These are the folks who get to deal with it.

Sayer
A sci-fi/horror podcast that takes place in the future. I don’t know much but it came highly recommended.

The Message
A short and fascinating podcast about a message received from outer space. You can finish it in a night so definitely give it a listen.

Deadly Manners
A mysterious murder, an all-star cast, and a relatively short run. What’s not to love?

San Diego Comic Con is on my bucket list of things I want to do someday. I’m waaaaaay too broke to do it now but that doesn’t mean I cant enjoy it from afar. 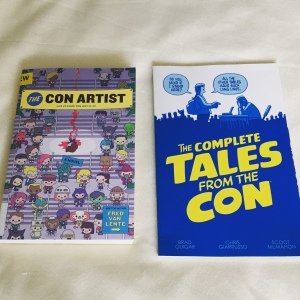 To everyone going, have fun and bring me back something awesome.

Alice Merton has a song that got a good bit of radio play last winter. I enjoy No Roots because there aren’t enough alternative songs with a catchy beat.

Her sound reminded me of Laura Welsh, whose song Break the Fall got some TV play.

Laura Welsh has a voice and overall sound that reminds me a bit of Florence + the Machine. You can hear it in songs like What Kind of Man.

jessejane306
Create a free website or blog at WordPress.com.